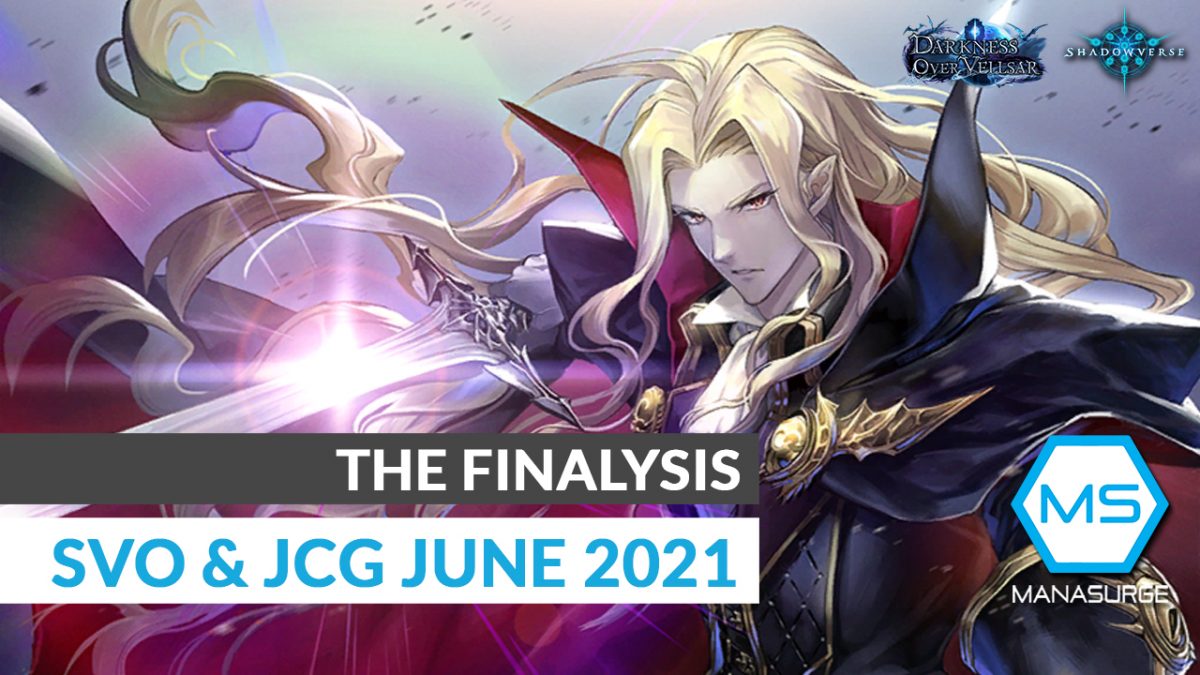 As we are nearing the end of the Darkness over Vellsar expansion, let us recap on the trends in the competitive scene (post-mini expansion).

The data that we are looking at are sourced from SVO and JCG. The data are publicly available on their respective sites, which are scraped, cleaned and transformed using the Python language on Google Colab.
The scope of this analysis will primarily cover the trends in the qualifier stages.

For new readers, SVO is a monthly tournament that starts off with a preliminary Swiss Bracket of 7 rounds on Day 1. Participants with 6-1 or 7-0 results are promoted into the playoff brackets to distill down to 8 players who will move on to play in the Top 8 on Day 2.

June is a special month for SVO where the champion gains a direct spot in the Contenders’ Cup of their respective regions. Therefore, the number of players in special months tends to be higher compared to other qualifying months. Both SEAO and WEST regions unfortunately did not hit the 256 cap number of players. Day 1 of SVO June took place on 12-June and 19-June for SEAO and WEST respectively.

Check out the Google Spreadsheets for Finalysis SVO here.

Looking at the top 12 decks and top 5 lineups from each region in terms of popularity, there are some notable differences in the tastes of both regions.

One stark difference is that in the WEST region, more players have settled on the triple Tier 1 lineup which is [Bike Dragon, LastWords Shadow, Artifact Portal]. At the same time, some players have also anticipated this and opted to bring other Tier 2-3 decks to snipe this majority of players.

Most notably, Aggro Sword and Evo Portal representation had an increase owing to the popularization on Twitter by several players even before SEAO SVO. Evo Portal in particular proved to be an interesting alternative to Artifact Portal which some players strongly believe in their favorable matchup against the popular archetypes like Bike Dragon and LastWords Shadow. It has two showings in the SEAO Top 8 by players THGB Har3m and [EMT] Stella. A handy how-to guide has also been kindly furnished on the TempoStorm site.

Aggro Sword in my opinion, has the best performance out of all decks in this month’s SVO, especially in SEAO. In terms of swiss wins, it has the highest mean in SEAO (however do take note that using a simple mean can be influenced by a presence of a few abnormally high/low scores). While in the WEST region the mean score was lower, a closer inspection reveals that 6 out of 36 (~16.6%) has made it to 6-1 with Aggro Sword, where we eventually see TS Hishiro clinching the champion of June’s SVO.

Another interesting observation is that increasingly, players from the WEST region have opted for a more unorthodox (or monke) lineups in hopes of sniping the popular lineups and catching them off-guard. And indeed some players have successfully done so, with the showing of unexpected decks such as Aggro Shadow and Evo Blood in the 6-1 playoffs. I suggest an interesting article written by Kuru/REV last year here.

The JCG operates on a 2 deck 0 ban format (2D0B) which is different from SVO (3D1B). This means that JCG participants employ a different strategy as they do not the option of banning/avoiding a certain deck.

We will be looking at the Qualifying stage which is a 256-player battle to determine the Top 16 who will subsequently battle for the championship title.

Check out the Google Spreadsheets for Finalysis JCG here.

Below, you may navigate with the interactive Tableau display. Toggle through the different tabs (on the top) and parameters (on the right) to look at the different graphs and trends for each deck or class. The data used are from 21-May to 20-Jun.

The post-mini expansion can be largely split into two huge segments: the Big 3 versus the rest. Only in the recent JCGs we notice some interesting changes:

Otherwise, there isn’t much to talk about for the meta in JCG, as it has been repeatedly noted by many players that the Big 3 are huge, strong, and here to stay. Not many JCG players have opted to bring in other decks but occasionally we do see some players making it to the Top 16 only to revert back to the all familiar Tier 1 lineups.