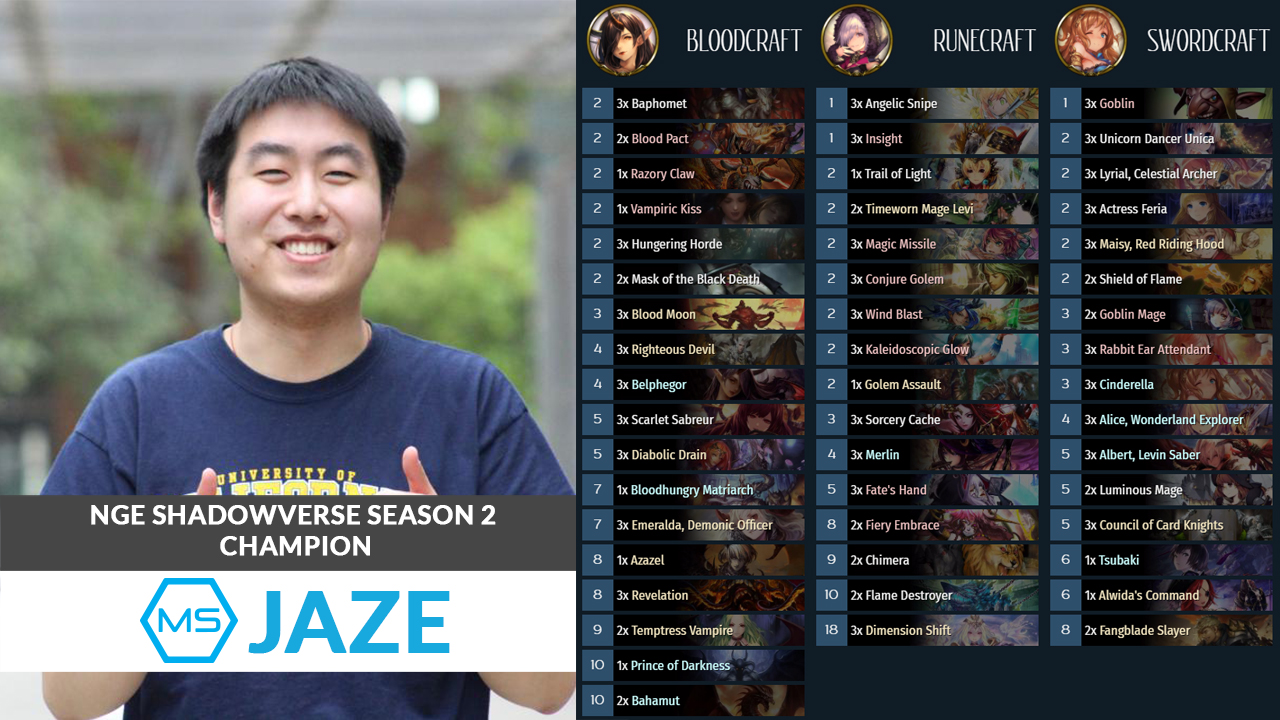 Well, here we are again. This past season of NGE was full of ups and downs and close calls. In the end, I was able to come out on top again. The lineup I chose for the Grand Finals was a pretty simple one. I chose the three best decks I could think of. What better way to put an end to Wonderland Dreams than by demonstrating the power of the strongest decks in the game?

And no, Neutral Haven did not make the cut.

This is the classic combo deck, D-Shift. Its goal is to stall the enemy with removal spells while Spellboosting the signature card, Dimension Shift. Once the Dimension Shifts are ready to go, it deploys all of its threats and closes the game out over several uninterrupted turns. 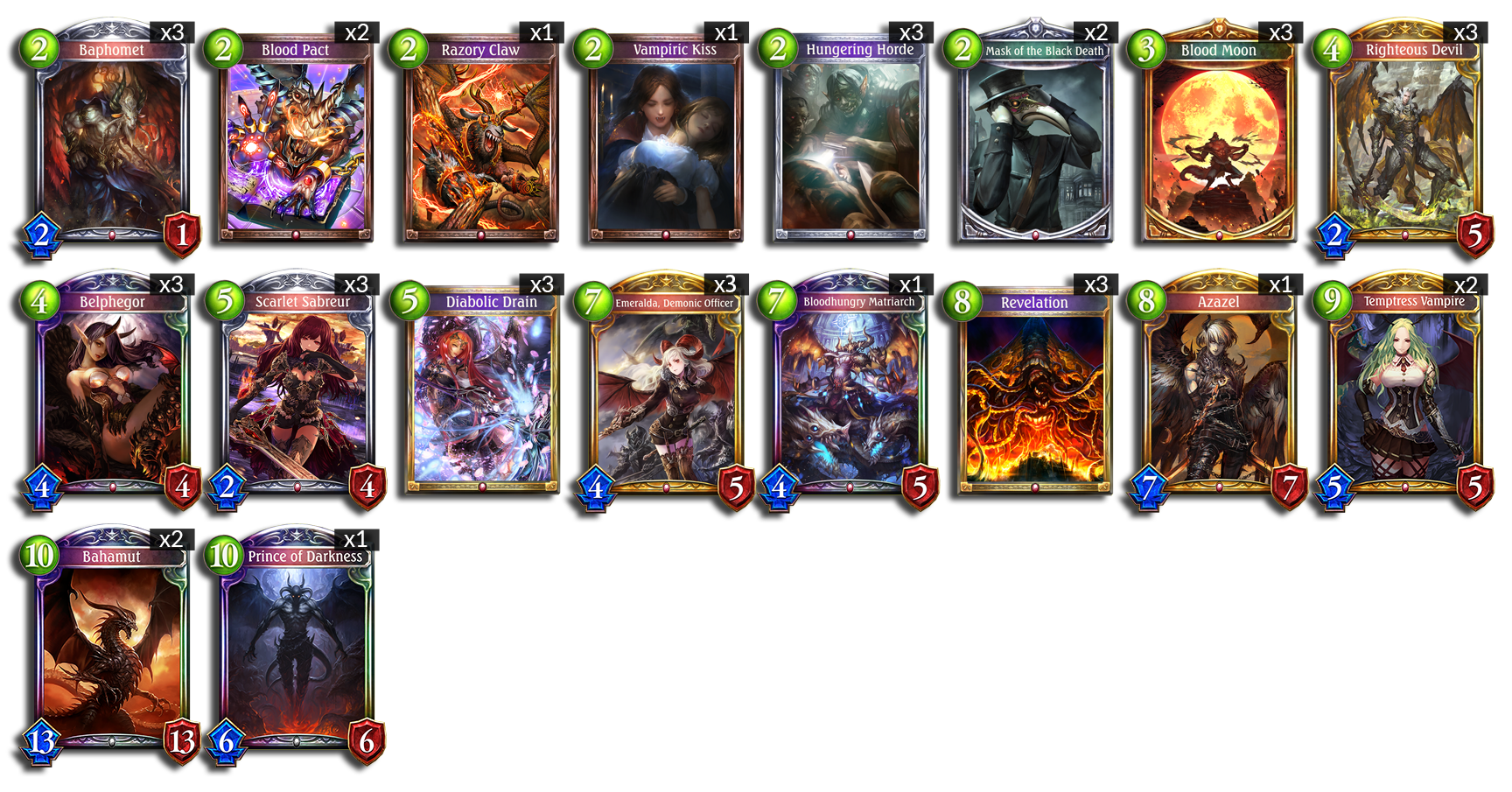 Control Blood has been hiding out in the lower tiers for quite a while, but it truly shines in this metagame. It packs the best sweepers, healing, and removal the game has to offer. After stabilizing the board, Control Blood can quickly end the game with Storm followers and direct damage.

This is Neutral Sword. It aims to flood the board repeatedly with buffed followers and deal enough damage for Albert to finish the job. In my opinion, Neutral Sword is the strongest deck right now.

Well, that’s it for Wonderland Dreams. Even though I did not enjoy it at first, I really came to appreciate how diverse the meta was. Every class saw considerable competitive play, and most had multiple viable archetypes. Aggro, control, and combo all flourished on the ladder. I hope Cygames continues to deliver with Starforged Legends.

As always, I have some shoutouts to make, because nobody really succeeds on their own.