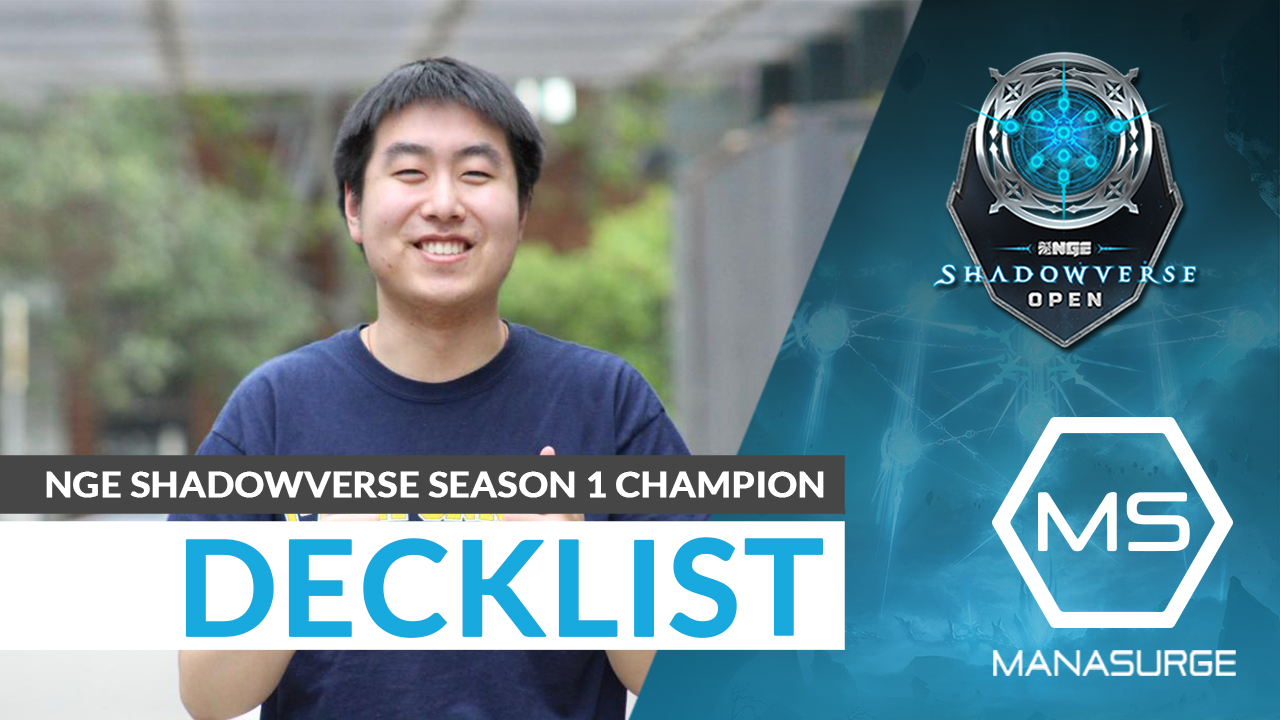 How do you get an edge when you know that your opponents are going to be playing Ramp Dragon and Midrange Shadow? Most people seem to believe that these decks are clearly the best and that they should bring variations of those decks that are prepared for the mirror.

I did not think that would be the right choice for me as I hate playing “Brick Dragon” with a burning passion. Unfortunately, both Dragon and Shadow are so powerful that they can win against even the hardest of counters; that makes it very risky to go all in on countering one deck.

Instead of going all in, my plan was to have an advantage against one deck while maintaining a reasonable matchup with the other. I’ve tried many decks that proved too unreliable, but I believed that I was able to bring a lineup that met my requirements. Also, note that the decklist is open to both opponents so even some tech cards that are included in the list can affect how your opponent play as well.

This is a pretty normal midrange Shadow build, except that it includes an Attendant of Night + Urd combo to improve the Dragon matchup. Attendant of Night seems like a liability in the mirror, but given how well it lines up with 2/3 Wards, it often pulls its weight. Urd often lacks a great target, but just having her in the deck forces the opponent into an awkward situation of having to kill your Last Word followers.

This is a favored matchup. You win by creating sticky boards and using either Demonlord Eachtar or Shadow Reaper to push through large amounts of damage. You lose if the Dragon player successfully clears your board and has answers for your next few plays.

This is a heavily modified version of the original Vengeance Bloodcraft. There are no Soul Dealers in the list because I feel that Soul Dealer is simply too weak to play. As a result, Belphegor is the only true Vengeance activator. Bloodfed Flowerbed, a card that I initially thought was terrible, plays many crucial roles in this deck. It is a turn 1 play that doesn’t weaken your Dark Airjammer pulls, and it does 4 damage to your opponent even if they can answer your followers. It also allows you to have Vengeance active on Turn 5, even if you do not draw a Belphegor.  I did not include Devil of Vengeance, as I have only three cards (Belphegors) to enable it to attack on Turn 4.

This is a favored matchup. You win this matchup by building a board that cannot be easily removed. You lose this matchup if they can stabilize the board with enough life to survive your burst.

This is an unfavorable matchup. You win by generating large boards through Dark Airjammer and bringing them into burst range before Demonlord Eachtar can come down. You lose this matchup by losing the board early or not having Wards to protect yourself from Cerberus + Phantom Howl.

Ultimately, I was very happy with my deck choices. In the semi-finals, I played against an unexpected lineup that was all in on targeting Dragon, and I was able to take advantage of it with very aggressive draws. In the finals, I lost to Dragon in the first game but was able to make a comeback because both of my decks had reasonable matchups against Shadow.

Because nobody (at least, nobody I’ve heard of) wins a tournament on their own, I would like to thank the following people for all the help they gave me.  In no particular order, they are: